December has continued to bring a mixture of unsettled weather.  High winds, rapid thaws and some deep freezes.  All great news for the long run, however trying to burn off the Christmas turkey is proving to be difficult.  Activities done on two wheels or in the indoor climbing walls seem to be the most productive.  I have managed to get a few days out skiing also at Nevis Range which has been nice and sociable and I have everyday lined up to get out winter climbing...I just need a weather window.  Hopefully one comes soon! 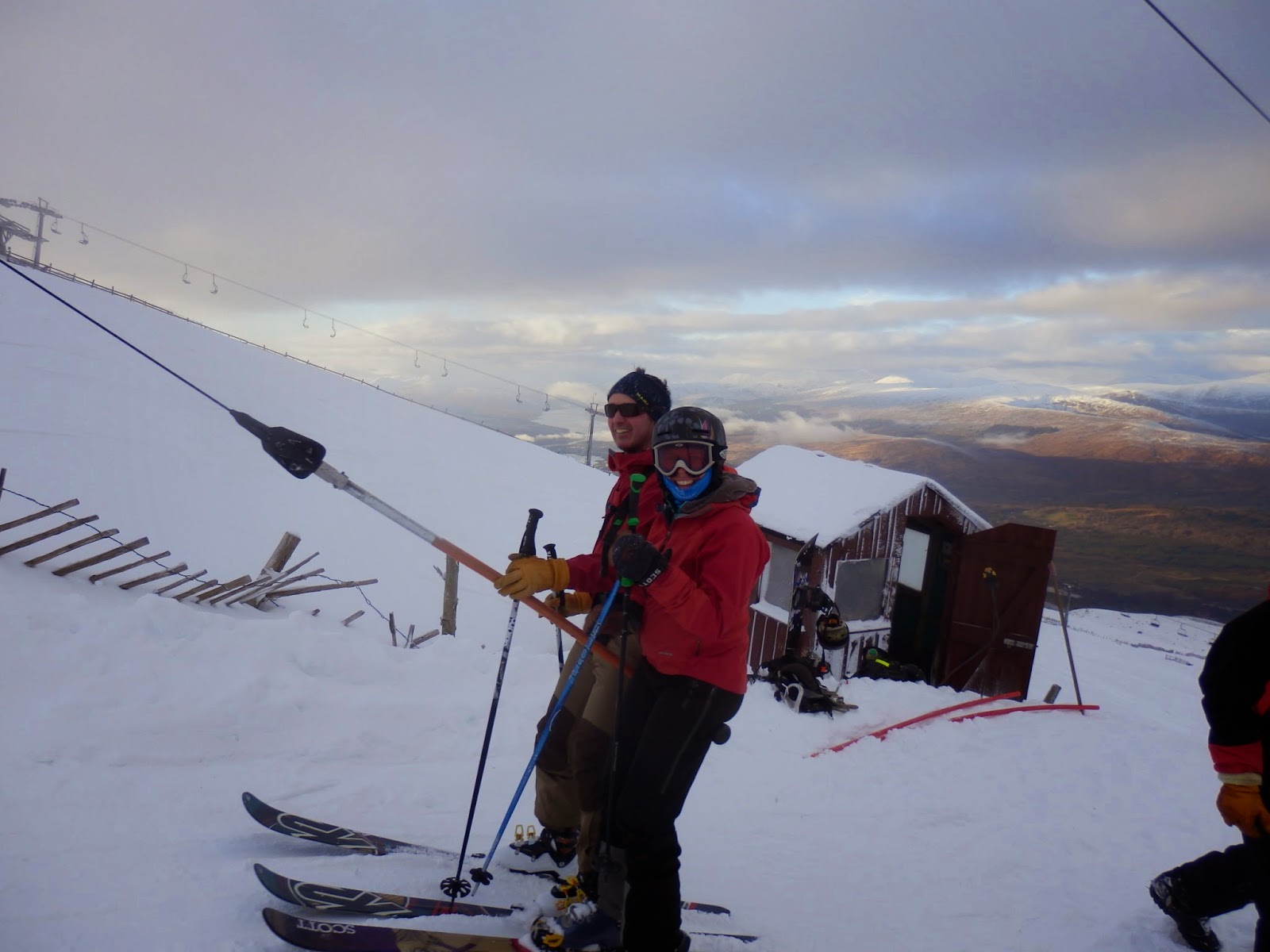 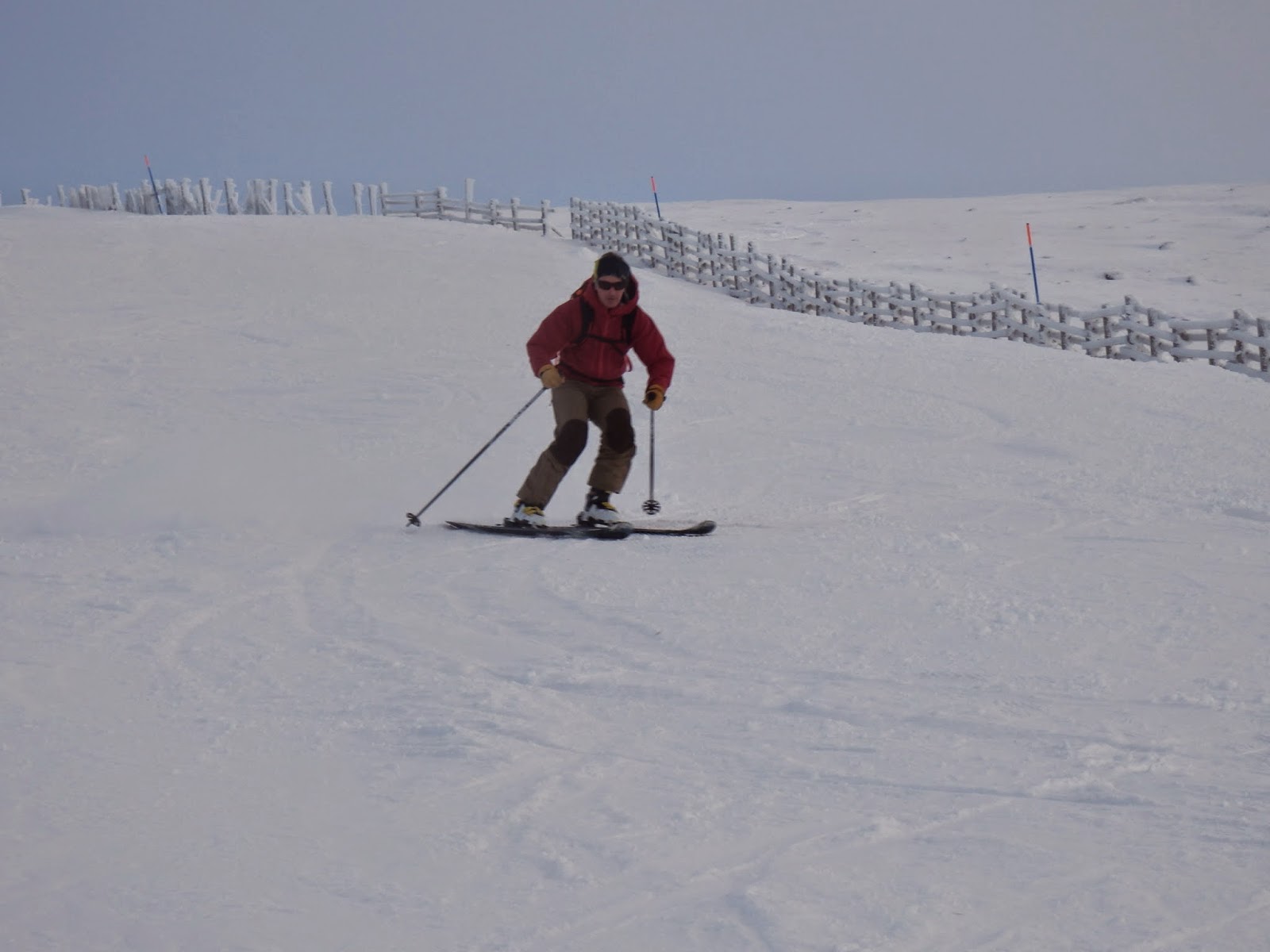 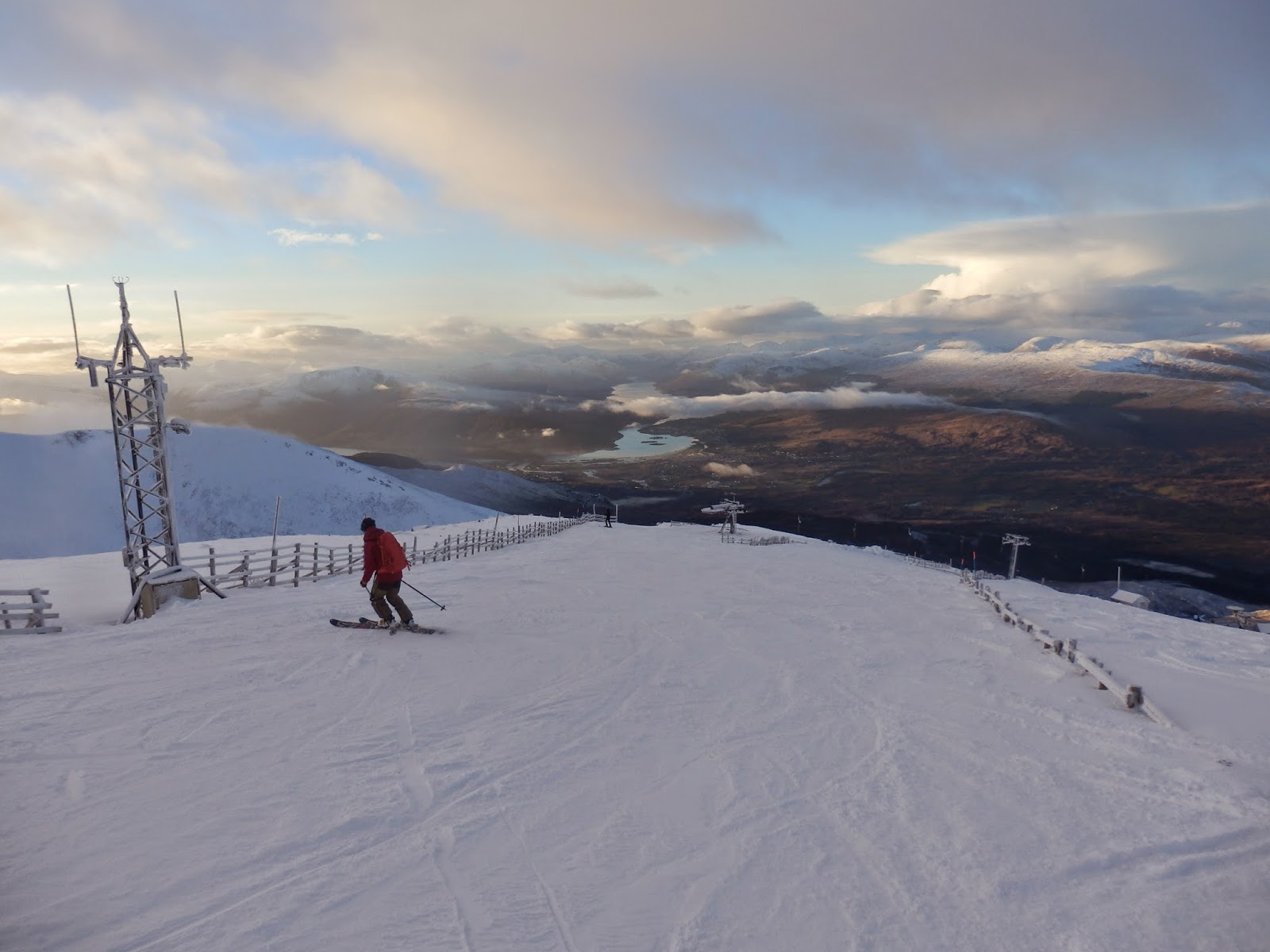 This weekend I have been working with Mike and Donald in the Cairngorms with a college group from St Paul's in London.  I worked with them last year on their first trip to Scotland where we covered winter skills as they had no experience.  This year was about doing some climbing and we headed into the Northern Corries and climbed some grade one gullies.  Jacobs Ladder and Aladdin's Couloir.  Unfortunately Sunday suffered from a turbo thaw and very high winds so we headed to Huntley's cave for some rock climbing, rope work, abseiling, tyrolean traverse and a nice picnic.  A great couple of days but unfortunately my camera stayed in the West.
Posted by Guy Steven at 19:00 No comments: 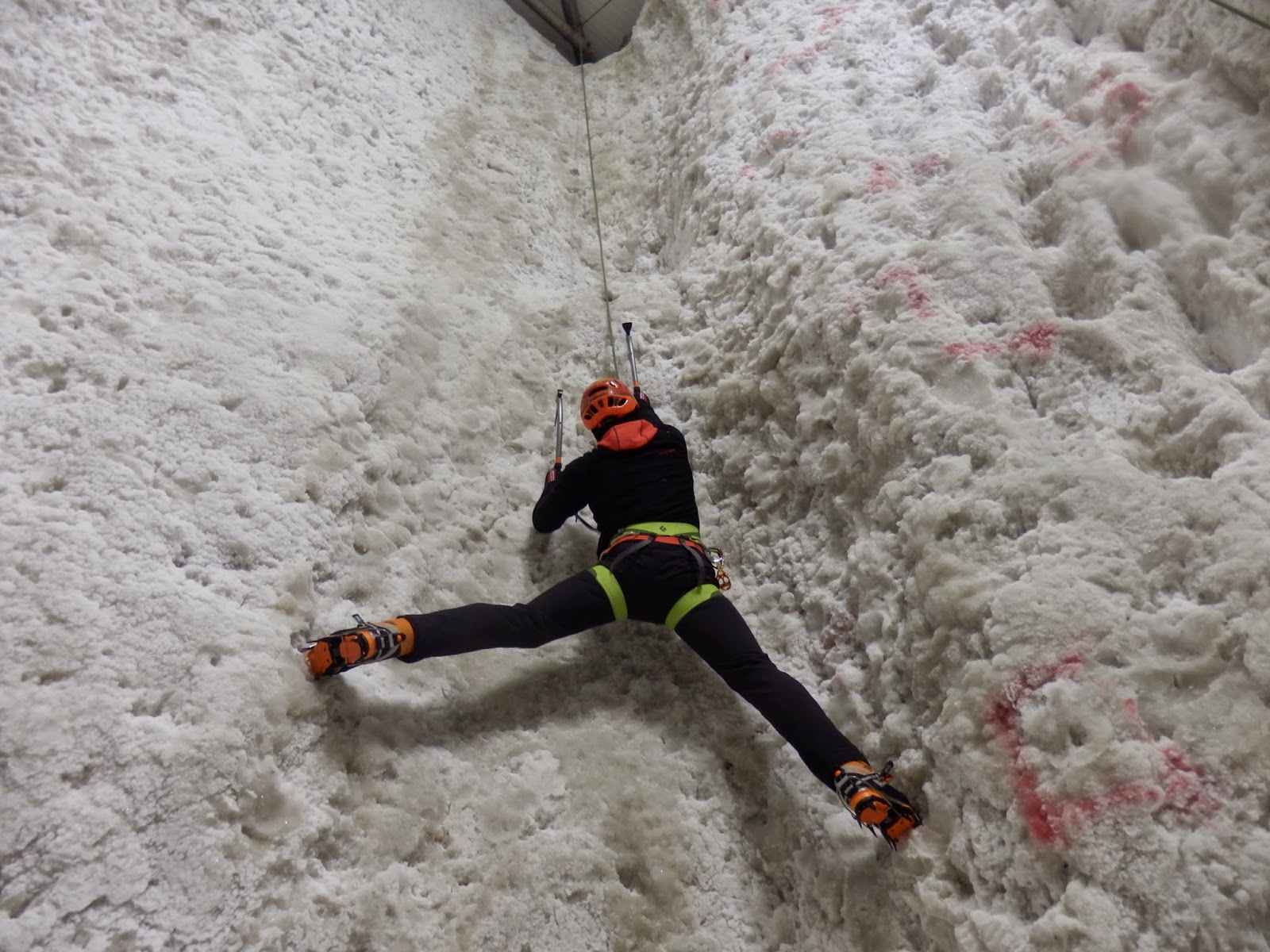 Alas, this was not the case outside.  Freezing levels above the summits, raining all day and strong winds were forecast.  The accuracy of the forecast was spot on.  So Robin and I spent our second and final day in the comfort of the Ice Factor in Kinloch leven.  The beauty of this facility is that one can squeeze so much in to a session.  Ice climbing, ice screw placement, Abalakov threads, dry tool bouldering and bottom roping, placing trad gread on lead, rock climbing, leading, coffee and cake.  All in the comfort of being indoors.  What would we have learnt if we went up Ben Nevis....Robins Alpine soft shells aren't good for Scotland and it was very wet!  WE both knew that before leaving the car. 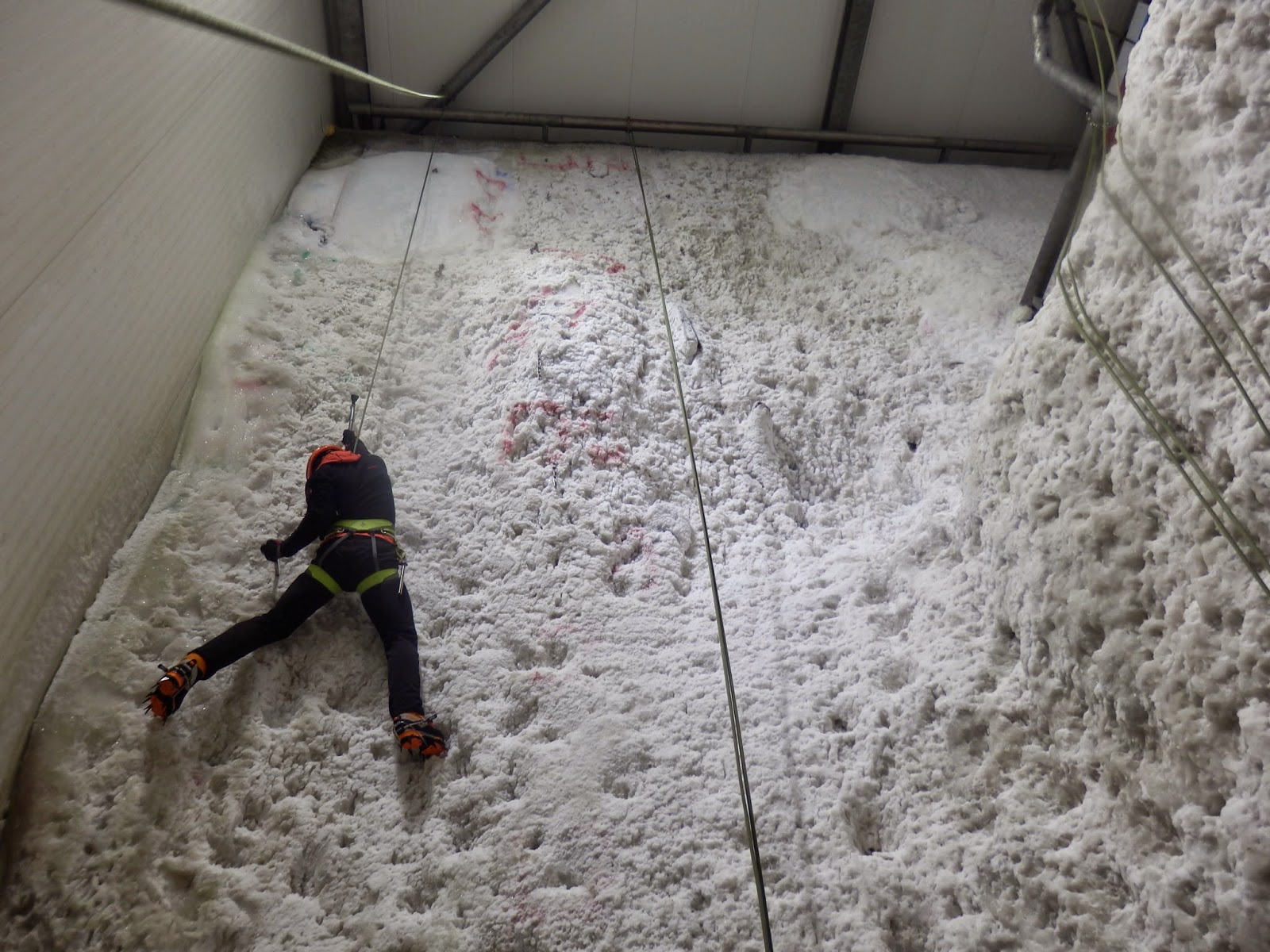 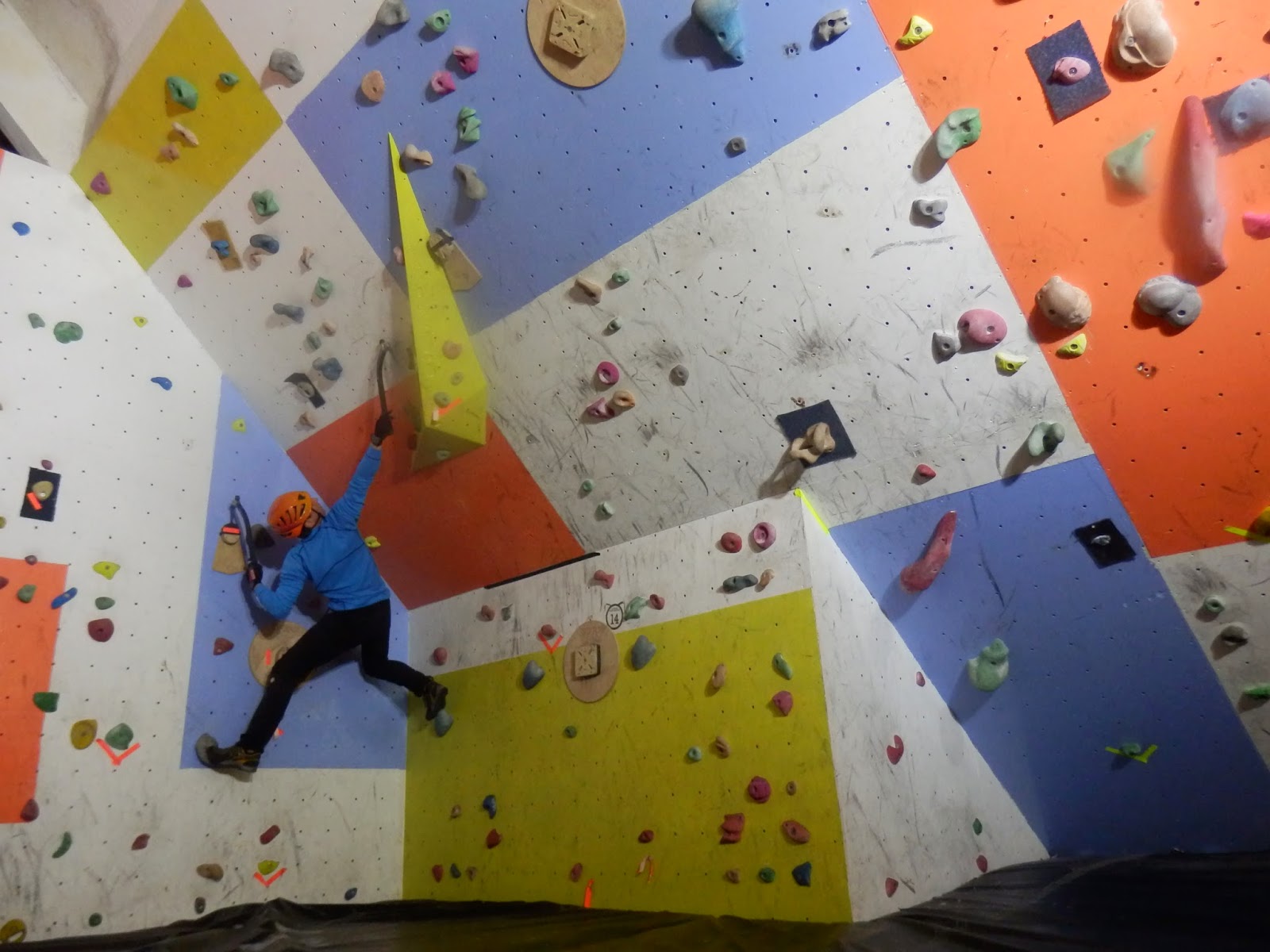 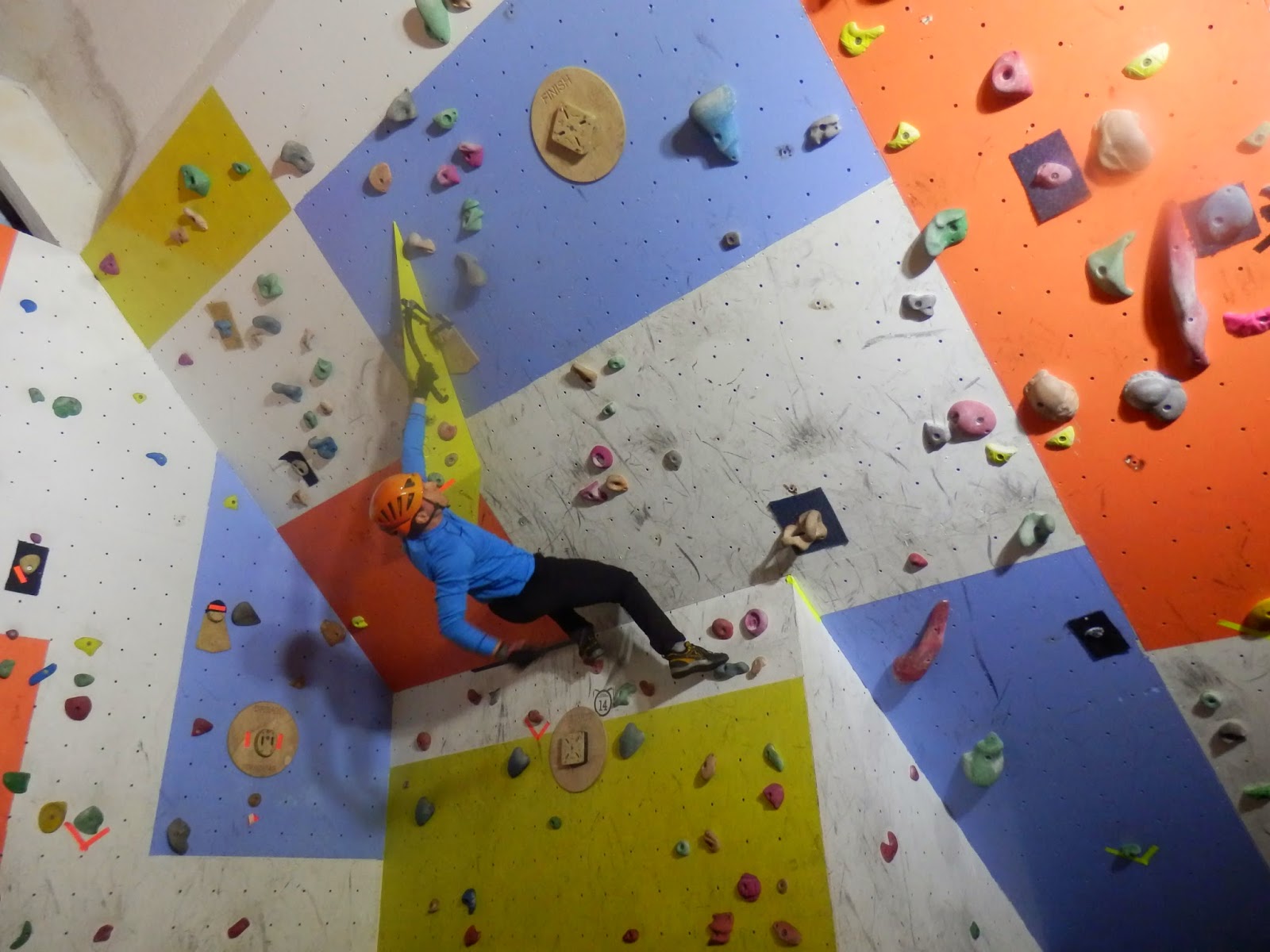 Freezing levels above the summits, strong westerlies and passing showers.  Its a Curved Ridge day.  It was the best option to find snow, stay sheltered and keep moving.  Robin from Sweden was super psyched for some good climbing but soon realised it was very conditions dependant so we had to drop a few grades and seek some snow.  No snow on the steep routes so a ridge delivered.  Robin did a spot of leading on the way up and enjoyed his first Scottish mountain summit.  We had the place to ourselves and enjoyed a nice rapid descent down Coire an Tulaich mostly on snow.  A great day.  Worse conditions tomorrow...options are running low for now!

After spending every minute looking at the forecast to find a weather window, one finally came today and I was free to get out.  Earlier in the week my flatmate Blair agreed to go climbing which was great and then asked if Iain could join us.  Again, great news as I would have two rope guns.

Then Blair pulled out which meant I had to climb with Iain.  I got a little nervous as Iain never climbs easy routes and always climbs with very strong climbers.  Oh well, what's the worst that could happen?  So we had an early start and headed into Ben Nevis and we were both keen for a route high and left on the Ciste.  It was great to see that two other climbers had woken early, walked in early and put in a great set of tracks up to our route. 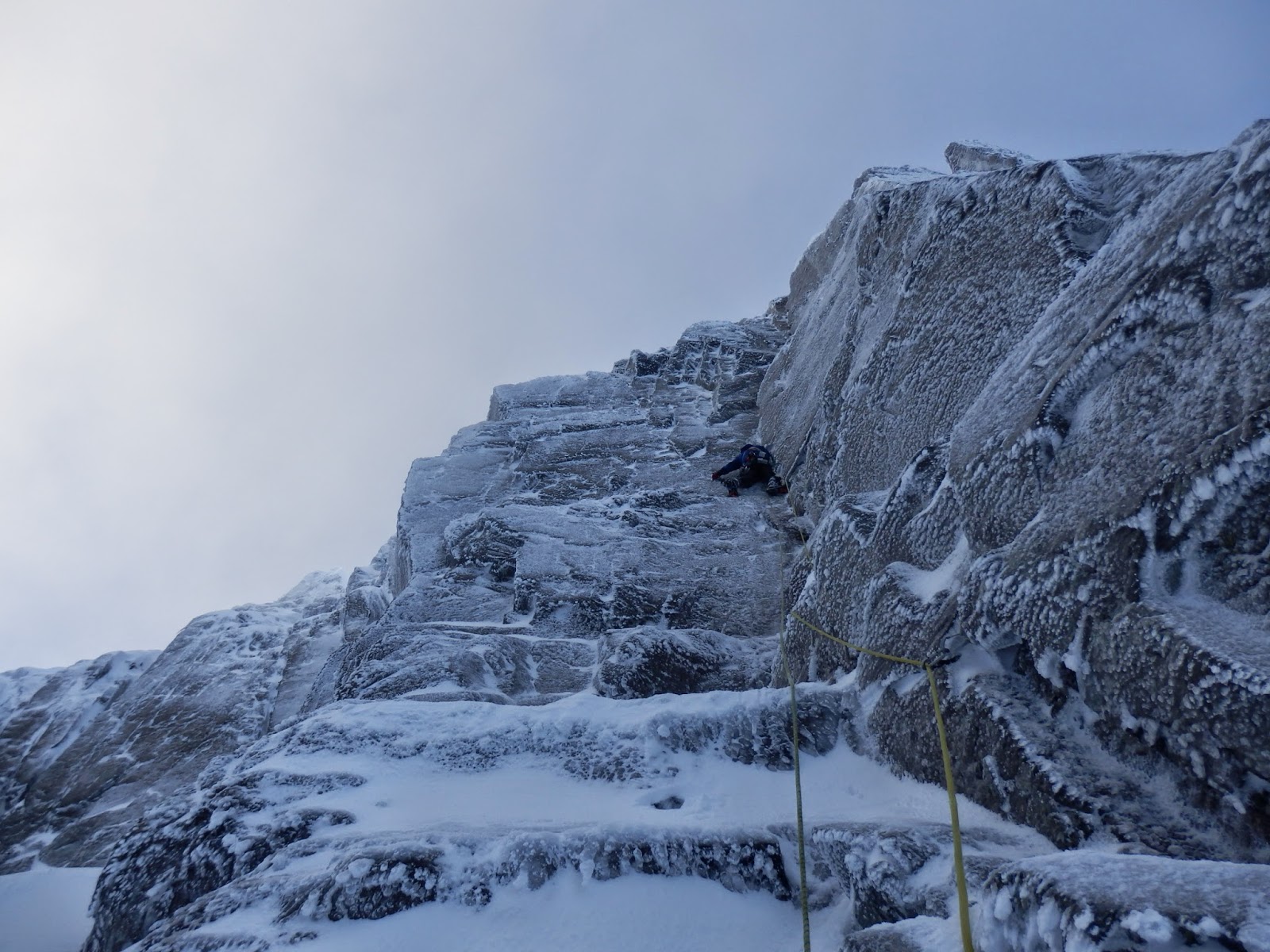 However the problem was that they went onto our climb!  Gutted.  So instead we headed over to Number 3 Gully buttress to get established on a route.  This turned out to be a non starter.  The whole crag was coved in a 5 millimetre layer of ice, choking all the cracks and covering all the edges.  Iain suggested it would be hard and scary, I obviously didn't argue.
Instead we climbed Cornucopia (VII 9) as its a big wide crack and turned out to give two nice pitches of climbing and a mega cornice to dig through.  It was the best outcome as the team on our original plan were taking quite a while to get established into the crux as it was choked with ice.  I'm not even sure they managed to top out.  Great day non the less.  Just need more days like this.  Unfortunately its thawing tomorrow.

News of a settled(ish) winter day had come in and fortunately Murdoch and I had planned about a month ago to climb this weekend.  As Scotland had been pelted by storms, we were pleased our first day out this season was a relatively chilled one.  A perfect opportunity to stretch our legs, have a good catch up and enjoy some nice climbing.  We had several objective's but fortunately we agreed that a nice 2/3 pitch route would suit and something which isn't totally nails and scary.  We wrote off Coire an Lochain and went for the closer option of Coire an t-Sneachda and onto the Mess of Pottage.  Unsurprisingly, we were accompanied by many other teams, it is the weekend after all.
We decided whilst walking that we would climb No Blue Skies (VI,7) which turned out to be a great climb.  Everything we wanted to get our heads back into winter climbing and keep the psyche high.  The first pitch was delicate and sustained, and the top pitch was ....well....I don't think I have hand jammed so much on a winter route before, America must still be fresh in my mind.  The top pitch led into familiar ground of Wachacha (VI,7) which I climbed last year with Blair and Murdoch.  Fortunately the cracks were clearing quite well but we both agreed that it would be very hard to protect in very ice conditions.

The week is looking quite changeable for the next few days and into next week, plenty of thaws and refreezes will lead to good conditions...be patient.  My psyche is high this winter, hopefully get a few more routes done before work starts.
Posted by Guy Steven at 20:00 No comments: