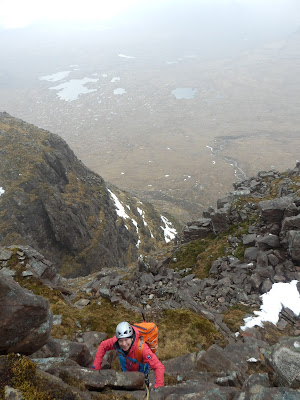 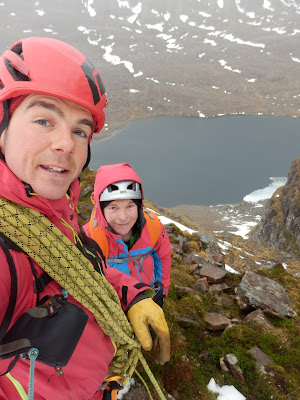 The last two day I have been working with John and we took the Torridon office as a change of scenery.  We left our ice axes and ice screws behind and took our summer boots and scrambling gloves.  John had never been to the Torridon hills so I suggested we have some big days on the Torridon Giants.  Our first day finished after a 22 km round on Beinn Eighe massiv.  We started out climb on to Sail Mor (980m) via the Ling, Lawson and Glovers route, which is just as good in summer conditions as it is in winter.  From here we left the sandstone and climbed up quartz to the summit of Coinneach Mhor which gave some brilliant scrambling.  As we were moving well we went on to Ruadh-stac Mor (1010m), a first for me and then we continued onto Spidean Coire nana Clach (993m) before coming down into Coire an Laoigh. 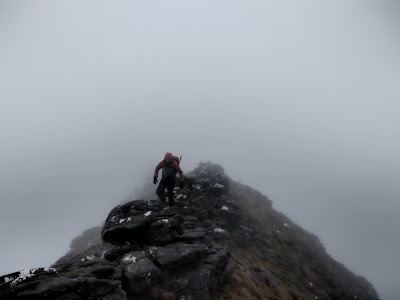 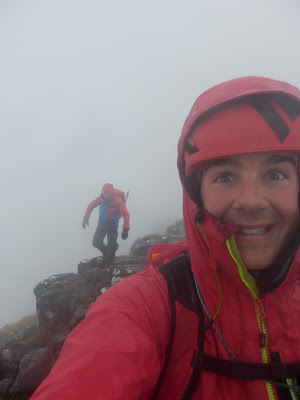 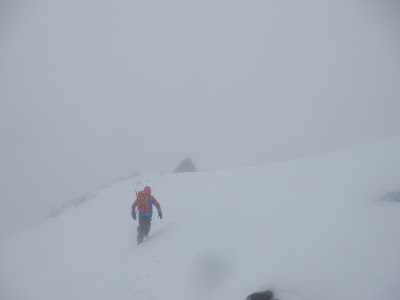 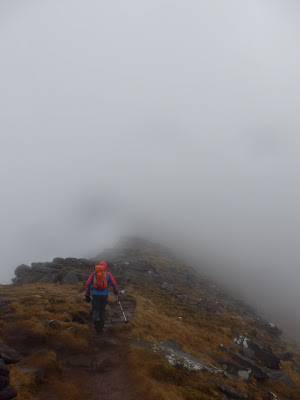 As the weather wasnt looking great for a Liatach traverse on day two we opted for the Beinn Alligan traverse.  Over the horns, Sgurr Mor (986m) and Ton na Gruagaich (922m) which turned out to be a great option and an easy day for me as John did all the navigating which, despite following a ridge still took some thought in the clouds. 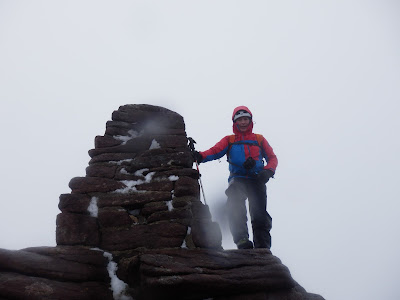 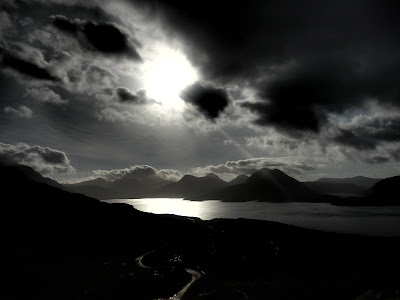