To Winter or not to Winter

...that is the question. 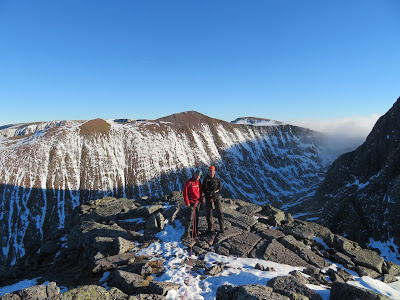 With brother's Grant and Graham both itching for some winter action we headed out armed with axes and crampons and a good supply of sun cream.  Ben Nevis was the choice venue and Ledge Route was our plan of attack.  We donned the crampons at the Base of Number 5 Gully and quested up linking as much of the remaining snow.  In some places that became pretty hard so after a while we bagged up our crampons and pressed onto the top.  The summit was quiet, only two other teams.  One from Ledge Route, one from Tower Ridge.
We decided, as it was stunning, to make our way down the CMD arete as Grant had never linked this up and we had a treat.  Some stunning views to put the icing on the cake of a stunning day out in the mountains.  Scotland really is the place to be.  Despite the lack of snow and hard climbing, it is still fantastic to be on top of the mountains.  So not full winter conditions but still super fun. 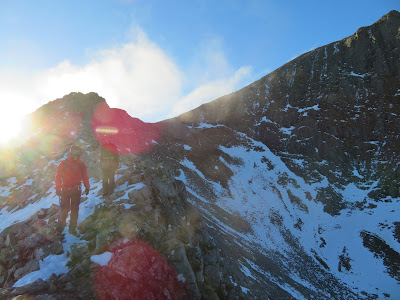 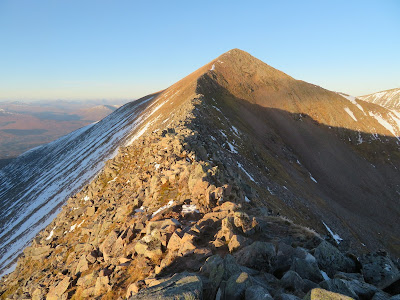 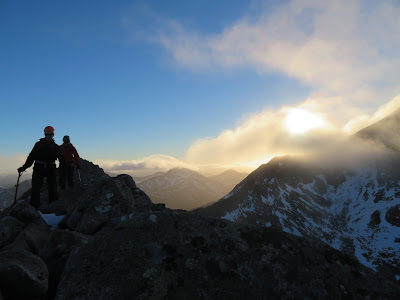