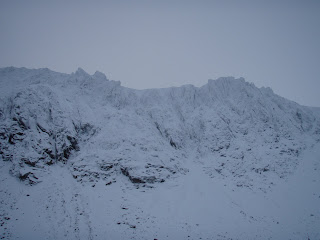 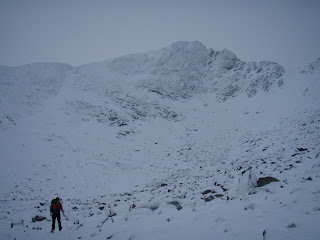 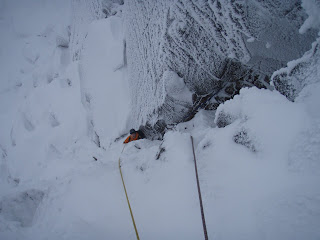 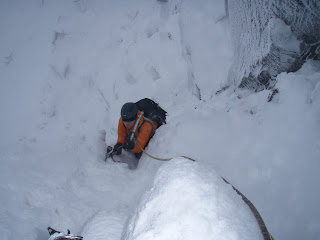 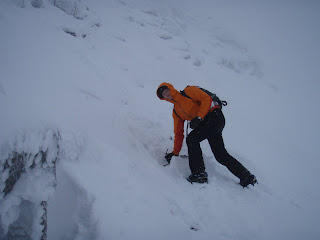 After a weekend off work spent with the family in Glasgow (which I nearly abandoned due to tempting climbing conditions!), I managed to scrape an extra day off so I could get out for a climb. Today Joe Adams and I ventured into the Northern Corries, which was, as always, a stunning sight. Cloud level was low as we arrived with blue skies trying to squeeze through with little success, and as the day progressed the cloud base dropped until visibility was pretty poor. We climbed Invernookie (III,4*) on Coire an t'Sneachda which was a pleasant route with some great technical 4 moves. The mountain was plastered with snow as was the route, which made gear finding less than easy, but generally there was gear where I wanted it. This was Joe's first ever winter climb, and an appropriate one as it had many difficulties and obstacles for him to solve, he seemed very confident when he was climbing (just wouldn't stop moaning about his aching calf muscles!-) and enjoyed his first day out very much. So much that he snored all the way home!
Posted by Guy Steven at 21:13