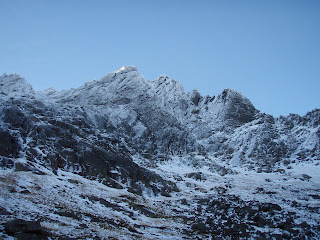 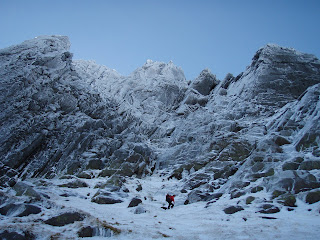 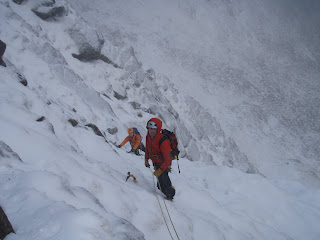 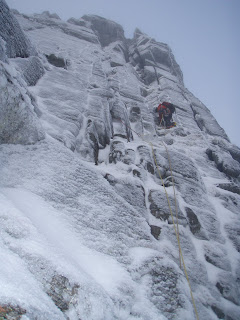 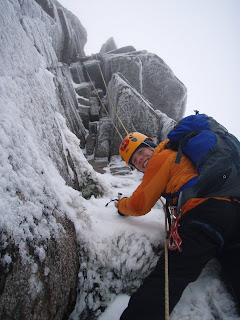 Yesterday Kenny Grant, Tom Kilby and I, ventured out to the Northern Corries of Cairn Gorm in the hope of finding some climbable lines. After our 6.30am start, we were all very optimistic and very excited, however on the drive there, we were beginning to wonder if there was going to be any snow?! We had our rock climbing shoes just in case, so we could tick a few routes at Creag Dubh if needed. As we approached there was a cloud inversion, so the corries were not visible. We got to the car part to see Andy Nisbet getting geared up so we did the same. As we got in view of the coire, we realised it was a winter wonderland! We marched up to the crag and decided to climb The Seam (IV/5*) as it was quite high up and also short (we were pushed for time). This was Toms first ever winter climb so Kenny and I took turns in giving him some movement coaching and useful tips for being out in winter. Tom climbed very well, and thoroughly enjoyed the day. I lead up the first pitch and Kenny finished the route climbing up the chimney fault (crux pitch), I had previously done this route last winter so I climbed next to Tom giving some hints when needed. Great day out. The route is short but sweet.
Posted by Guy Steven at 20:41