An amazing day on Ben Nevis 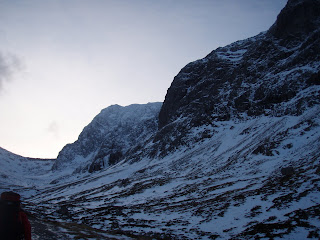 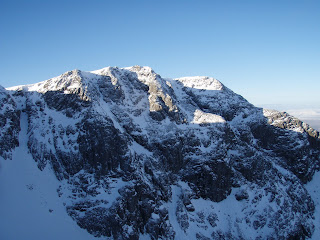 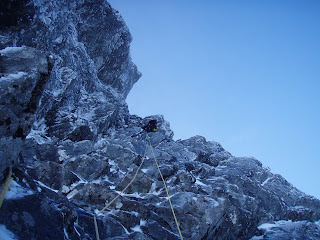 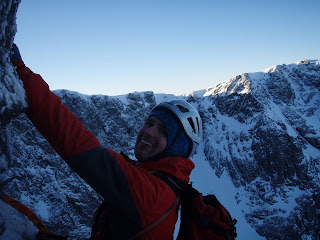 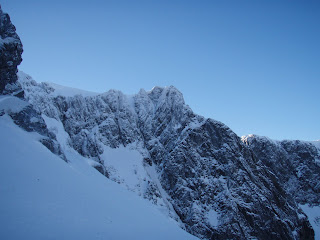 Today Kenny and I were spoilt for choice on the Ben as the conditions were priceless! So many route were in! We ended up on Stringfellow (VI,6***) on Pinnacle buttress of the Tower. It was quite a 'slog' up to the base of the climb, but the snow underfoot was very firm so we were able to make good progress. On arrival to the route, we saw 2 climbers already set off on Stringfellow so we decided to climb up the 1st pitch of Face Dancer (VI,6*) to get ahead of them, and return onto Stringfellow. It turned out they retreated anyway. The route was outstanding, but gear was extremely hard to find/place as the rock on the route was very compact, but also nearly every inch of the rock has a thin coating of ice (cams were useless). Some of the ice routes are forming nicely such as The Curtain and Gemini on Carn Dearg Buttress, the minus gullies were also looking good, comb gully was banked out with snow and 'the Point' is plumping up! Despite the awesome conditions, there were only a few other parties out, couple on Tower Ridge, Ledge Route and I saw one guy wandering down number 4 gully. All in all, a great day with great weather.
Posted by Guy Steven at 21:20