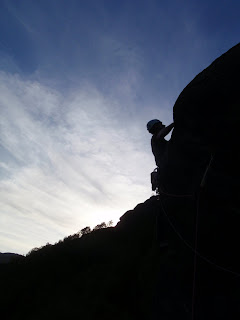 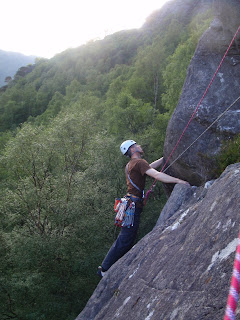 Again after work Ewan and I headed for another evening route. Today we climbed Vincent (E3 5c) up on Secritaries. Really cool, quite bold and sustained route. Midgies became a big problem in the later stages of the route. Obviously there had been a few teams out today but when we arrived at 6.45 most teams were heading away.
Posted by Guy Steven at 23:21