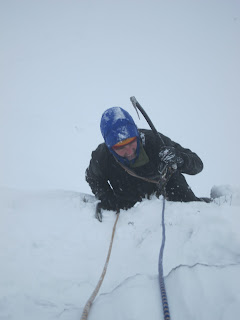 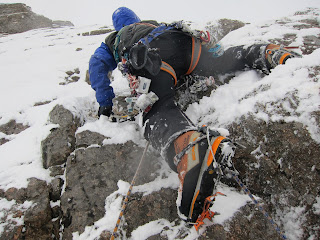 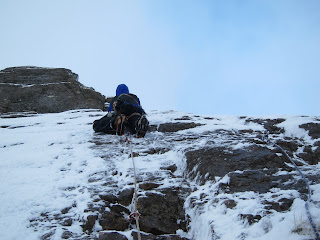 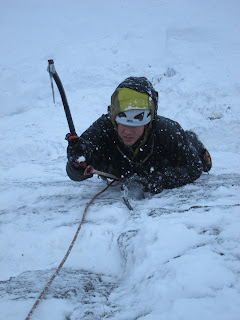 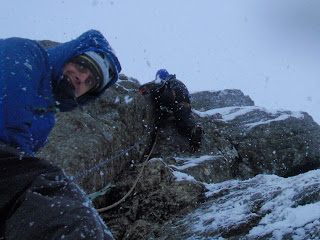 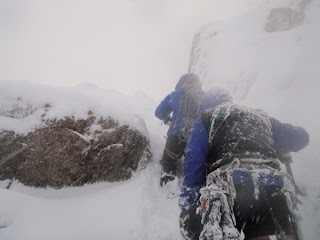 Today was an exciting day from the word go.  Our original plan was to head to the Cairngorms for a shorter walk in but during our drive over in the snow the car, for no reason, decided to spin 180 degrees!  Fortunately we were on a straight section and nothing else was coming.  After driving towards the Cairgorms very slowly, we decided to spin around (in control this time) and head back to Glencoe.  So we headed up towards Stob Coire nan Lochain and broke off the path at Far Eastern Buttress.  We decided to repeat Donald King and Mike Pescods Nirvana Wall (VI,8).  It was a brilliant route, very very tenuous but the conditions were favourable as the cracks were clear of ice and gear and placements were available after brushing the snow off.  There were 3 pitches so we all got a pitch each with Kenny making a good lead on the crux. I never got a view of SCNL crags but they were probably plastered.  It was a soggy day, raining as we were walking out.
Posted by Guy Steven at 19:54