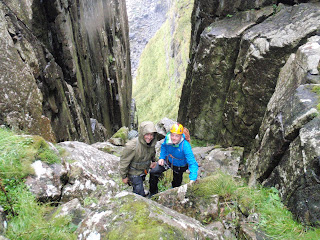 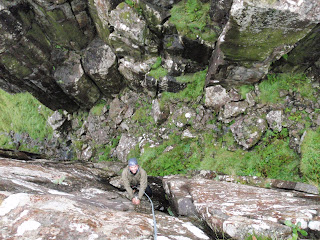 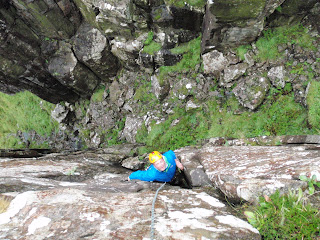 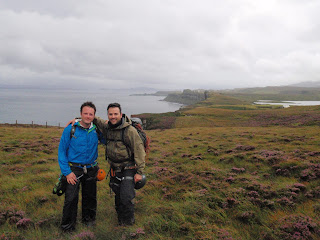 Well day one with Erik and Fabian from Switzerland was almost put on hold due to the horrendous weather that was sitting on Skye.  After a delayed start (to allow the weather to pass, which it never really did), we headed up to Kilt Rock at 4pm to get a couple of routes done.  Unfortunately there was still a bit of drizzle and the routes were all still very wet but we managed to climb 2 routes.  We headed down North Gully but were met by a garrison of midgies so retreated to the top of the crag and I got the guys to lower each other into Stomper (Severe) and Pied Piper (E1 5b).  After both of these we looked at setting up for abseiling at sea cliffs and chatted through considerations the sea cliff climbers need to think about to make a safe and enjoyable day.
Posted by Guy Steven at 23:00