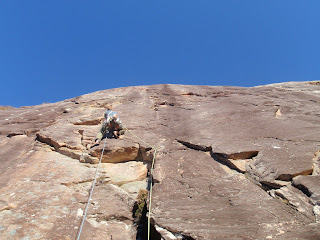 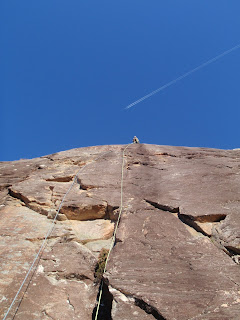 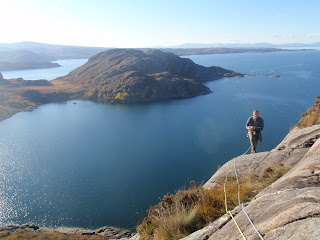 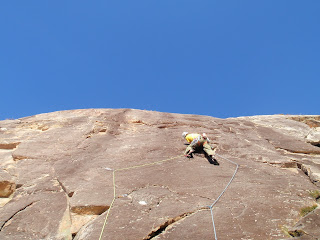 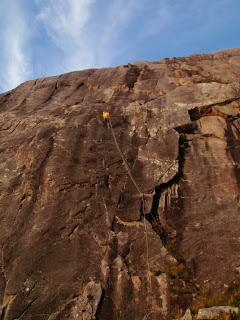 Today was the first day of our mini rock trip in the North West of Scotland.  Donald and I both had a few days off and were keen too seek out some south facing crags which we haven't been to.  Today we ended up at Diabaig, which has several crags to it.  We opted for The Main Cliff as it had some great routes and more importantly it was in the sun.  We started on the two 4 star routes of the crag, firstly Route 2 (HVS) which has 2 fantastic 5a pitches, then followed Northumberland Wall (E2) which also has 2 brilliant 5c pitches.  The crag is equipped for an abseil from the top and half way.  If you have 60 metre ropes then you can do it in a oner.  Finally we finished on a combination of Wall of Flame (E4 6a) and The Black Streak (E1 5c) taking in the best looking pitches as we were running low on daylight and feeling in our toes.  We have enough routes to go back to, especially The Pillar which looks brilliant.  A great day climbing on perfect gneiss.
Posted by Guy Steven at 20:59