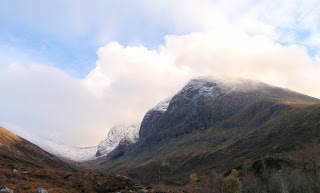 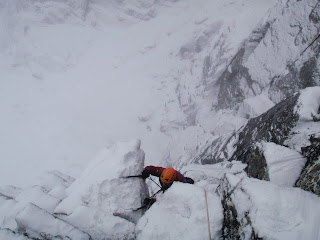 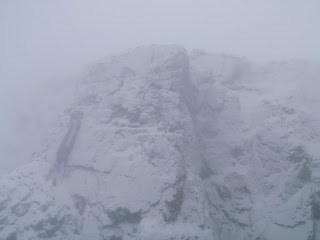 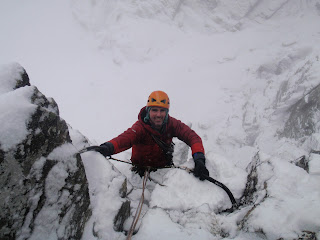 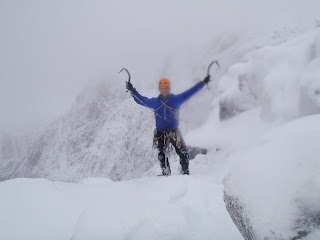 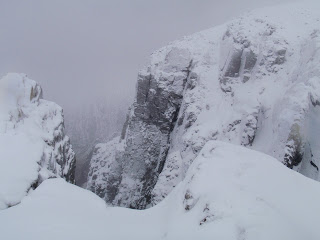 Today Kenny and I went for a look up into Creag Coire na Ciste on Ben Nevis with very open minds.  We would have just been happy with a walk up to the crags if it wasn't cold enough.  Fortunately as we got higher the temperature gradually dropped and it was game on for a route.  We had a few options in mind and also we could see new opportunities arising as we wandered up towards Number 3 gully.  We agreed that we would have a look at Archangel (VI,7) , a route Tim and Keith did the second ascent of back in 2011.  It was a brilliant route with interest throughout but never desperate.  It was really nice to climb on this section of the crag and doing so has just extended my tick list.  Some brilliant looking line around here!  Conditions were ok today, snow was sticking to the rocks and turf was generally good.  We did encounter a reasonable amount of loose rock on the route but was never a major problem.  Routes that are generally facing NW seem to be in better condition for sure.  Freezing level was pretty high (1200m ish) and could do with dropping just to secure everything in place. A quick abseil saw us back down number 3 gully followed by a slow descent down loose scree covered in soft snow.
Posted by Guy Steven at 18:00