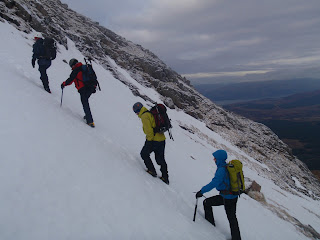 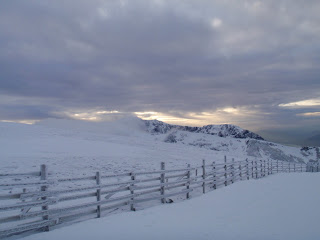 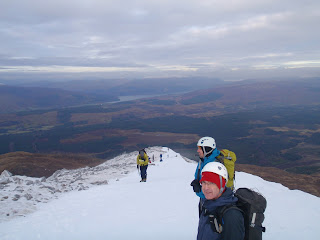 Today I was out running a Winter Skills Training course with the Austrian Alpine Club and as a shake down day we headed up the gondola at Aonach Mor for quick access to the snow.  After our discussions at the car park it was clear that the group of 3 had similar needs and aspirations and all wanted similar outcomes.  Casper was also out to shadow me as he is starting his Winter Mountain Leader Assesment on Monday.  With limited snow cover we navigated around to the Nid ridge and found the most amazing snow patch in the world which aloud us to practice many of the skills one would need to safely move around the mountains in winter.  After mastering many skills we proceeded up some steeper ground to allow access onto the Nid ridge where we navigated up to the Summit tow before making our descent to the top station.
Posted by Guy Steven at 18:43